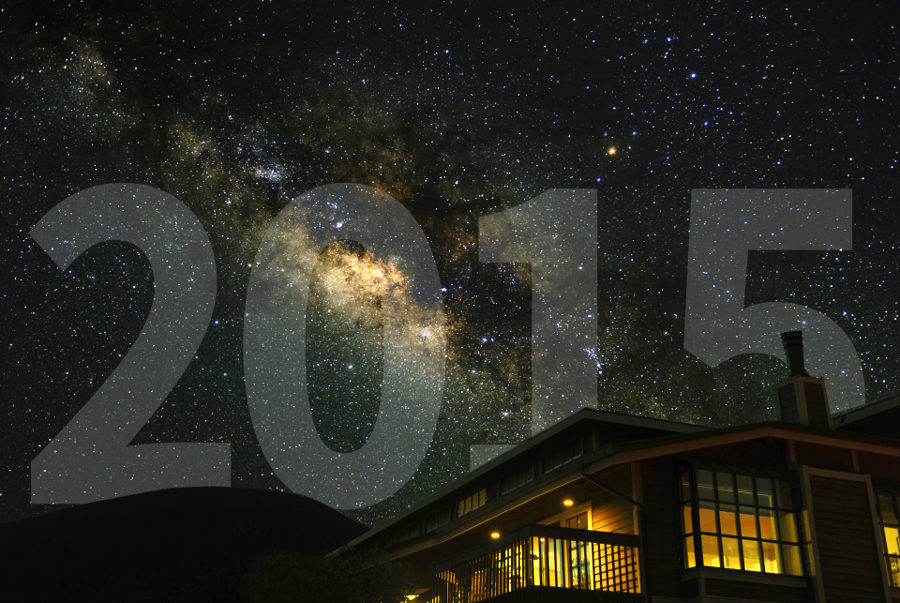 Predictions for the year ahead don’t carry much weight in a field that seems to change by the day. But that doesn’t stop digital marketing specialists from looking ahead, especially since their skillsets will be in high demand for 2015. As we continually tune out from traditional marketing channels, brands are realizing that the digital space is where connections will be made. The question is how best to make those connections (and make them last).

If your company doesn’t have a digital strategy, chances are you’re either dumping sacks of money into traditional marketing, or you’ve stumbled upon some brilliant tactic nobody else knows about. In any case, your brand probably hasn’t reached its full potential yet. But don’t worry—it’s never too late to jump on the bandwagon.

Here’s what to expect for digital marketing in 2015:

The content deluge has been building for years. In fact, it’s estimated that nearly 92,000 new articles are posted on the Internet every day (a figure from 2013, so you can imagine how much it’s increased since then). Consider, too, the growth of image-centric social media channels like Pinterest and Instagram—as well as changes to Facebook and Twitter that threw a spotlight on visuals.

Time is a luxury you can’t afford. At the heart of the trend is a very practical explanation: web users have a finite amount of time and attention to give. More content—good and bad—puts pressure on creators and marketers to get their message across quickly.

Scientists suggest the human brain processes visuals 60,000 times faster than text. Where text content had an advantage was its ability to boost rankings in search engines, and to do so at a low cost. But the growing influence of social media shares on rankings and the growing sophistication of search engine algorithms have made visual content a valuable piece of any digital strategy. In 2015, expect quality to become a much bigger differentiator.

Custom vs. stock. Stock images aren’t exclusive to the web, but they’ve enjoyed a massive boost thanks to the demand for affordable, readily available visual content online. As a cheap alternative to custom photography, stock images popped up all over the web in recent years, so much so that it became common to spot the same images being used by different brands.

So what does it say about your business if you’re using the same marketing materials as someone else? You wouldn’t do that with text content (at least not intentionally, or without attribution), so why do it with images?

Cost might have been a good excuse in the early days of digital marketing, but things are different now. The stakes are higher, the competition for consumers’ attention is tighter. Unique content—whether textual or visual—is what will engage your audience and differentiate your brand from the competition.

Even if you can’t afford custom photography, explore ways to get the most out of stock. Many stock photography sites make it easy to find hidden gems (based on number of downloads). With the help of a graphic designer you could also modify purchased images to give them a branded feel, whether adding a typographical treatment, blending elements from different images or using other creative touches and treatments (tastefully, of course). Even something as simple as cropping could drastically change the effect and increase the appeal of a stock image.

Content diversity. If visuals help you catch the eye of the user and text helps you inform the user, then imagine what infographics can do. This increasingly popular medium combines the best of both worlds into something memorable, shareable and useful (or so utterly useless it becomes funny). In theory, this hybrid presentation makes it faster and easier to absorb content, which is a bonus when every second counts for your brand.

Infographics are nothing new, but there’s a real danger of infographic fatigue setting in for 2015 (you know it’s bad when they start creating infographics about infographics). An entire cottage industry has sprung up from the recent explosion in data collection. And while infographics can be a great addition to any digital marketing strategy, in 2015 users will start ignoring them if the data doesn’t have relevance. The novelty value has worn off: simply producing an infographic won’t be enough anymore.

As the trend continues, it will have a greater influence on the way search engines like Google rank websites—including responsiveness, page speed and general usability—but it should also give companies pause to re-evaluate their digital marketing strategy. Where content used to be considered with mobile in mind, expect mobile to be one of the main influencers of content creation and marketing in 2015. Design will be simplified, user experiences will be improved and record amounts will be spent on mobile and social media advertising.

Maybe most significantly, content across all platforms—including emails and social media—will be optimized for mobile viewing. Google’s recent warnings to webmasters with mobile-unfriendly sites have some speculating that the search engine will launch a new algorithm update soon, which could lead to a demotion in the rankings for the worst offenders.

Of the time spent accessing content via mobile devices, the vast majority of it happens through an app, not the web. As the Interactive Advertising Bureau (IAB) is quick to point out, however, it isn’t a zero-sum game. In other words, traffic often flows freely between apps and the mobile web. So while you can expect to see just about every brand trying to justify its own app in 2015, it doesn’t mean that mobile web is dead.

Mobile TV to get measured. Now that comScore will start measuring mobile video-watching habits, the distribution of digital marketing dollars could change dramatically again. The measurement firm reports that a significant number of people are using mobile devices to stream video, but the initial research will soon be supported by more precise metrics.

In 2015, content quality will finally trump quantity. It’s been a long time coming, but to anybody who paid attention to Google’s constant warnings about trying to game the system it shouldn’t come as a surprise. For many brands the result of this—and of what can be called content overload—will be a race to develop a content strategy of their own (on a related note, content strategists everywhere will receive a pay raise).

Changes in SEO kill content mills. With every search-engine algorithm update looms the threat of penalization. Still, every digital strategy in 2014 probably incorporated some tactic to maximize content production. More meant better (for search engine robots), and that meant worse (for humans). It also created a race to the bottom, seeing who could pay writers the least amount of money, even if those writers had very little grasp of the subject matter and the English language.

It’s estimated that nearly 92,000 new articles are posted on the Internet every day

But as Google and other search engines continue to refine their algorithms, they are influencing the way content is produced. Think of it as a kind of behaviour modification, the result of non-compliance being something even more painful than an electric shock. Keywords will have less and less importance as search engines become better at recognizing the searcher’s true intentions. This should put a stop to at least the most obnoxious cases of keyword stuffing, while brands start becoming more creative than ever with the digital marketing material they produce.

Link-building: a return to innocence. Until recently, quantity was also valued over quality for inbound links. In an attempt to boost their search engine ranking, many brands were turning to link-building schemes, either unaware or unconcerned that those links were coming from some of the seediest places on the web. Thankfully, Google’s algorithm updates have gradually curbed this practice.

Meanwhile blog posts by Matt Cutts, Google’s head of webspam, warned against the dangers of using guest blogging for SEO purposes. What began as a way to build connections between related sites quickly devolved into a black-hat SEO method—links became a commodity, and content was the least important part of the equation. Now, having a high volume of inbound links can be a liability, not an asset.

Guest blogging and link building aren’t inherently bad practices, nor are they dead. But their exposure as black-hat SEO tactics will discourage the creation of useless, irrelevant content. At the same time, as brands realize the value of high-quality inbound links for engaging their audience and reaching new ones, it will put pressure on them to up the quality of their content.

Content strategy comes of age. If brands were using a content strategy before, it wasn’t to the benefit of the audience. To paraphrase Motörhead, it probably looked something like this: “Everything spammier than everything else.” More links, more keywords, more images (with more keywords stuffed into the alt text).

Although content strategy has been around for a while, expect 2015 to be the year it goes from playing dive bars in one-horse towns to selling out stadiums across the globe. The mainstream appeal of content strategy is in the name—“Strategy? That sounds good, let’s be more strategic”—but fewer people know what it actually means, or what one looks like. That will all change in 2015. As it becomes harder to get people’s attention and to produce interesting copy—something that generates social media shares, genuine inbound links and leads—brands are realizing that content strategy is more than an industry buzzword—it’s just good business.

Treating people like snowflakes. Part of the content evolution will include a greater emphasis on personalization and on context. The best way into a person’s heart and mind is to treat them like an individual; content delivery is no different. You’ve probably already seen it with ads, emails and localized search, especially as data collection and analysis continue to improve. More sophisticated measurement tools, including for social media sites like Facebook and Twitter, are also changing the way brands communicate.

Whereas one size used to fit all, 2015 will see a big upswing in the customization of content—in the what, the how, the where and the when.

Ironically, some are predicting one of the most interesting trends for digital marketing in 2015 will be a re-emergence of traditional marketing. Print, radio and television, they suggest, will earn back some of their lost value as more brands funnel money into the digital space.

Hard to believe, but then again people probably said the same thing about vinyl records.

What the Rise of Ad Blocking Means for Digital Content